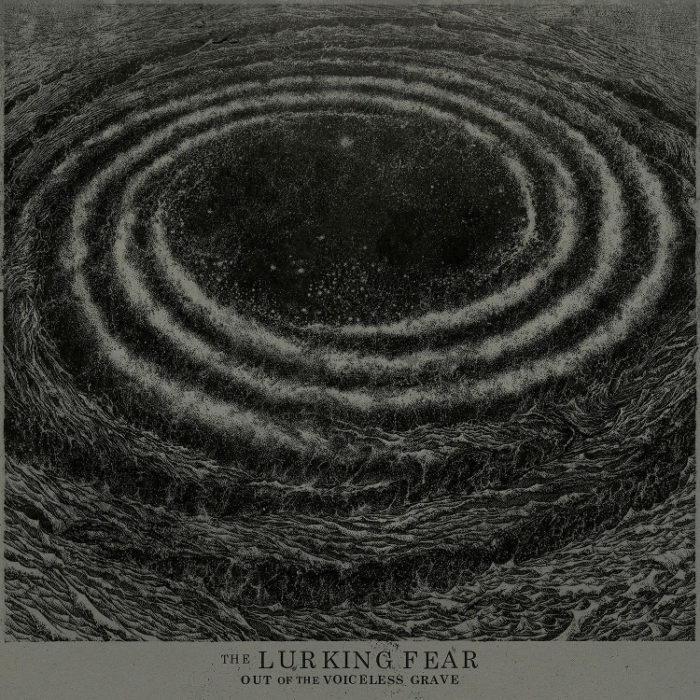 Swedish Death Metallers THE LURKING FEAR will soon release their debut album, “Out Of The Voiceless Grave”, worldwide on August 11, 2017 via CENTURY MEDIA RECORDS.

The cover artwork for “Out Of The Voiceless Grave”, which was designed by Stefan Thanneur, can be seen above and the tracklisting for the album is as follows:

THE LURKING FEAR vocalist Tomas Lindberg checked in with the following comment about the album’s intense artwork:
“Stefan Thanneur understood the vision I had for “Out Of The Voiceless Grave” straight away. He has portrayed the exact same nightmare vortex of interstellar death and terror that I envisioned when I wrote the lyrics and came up with the concept. Pure cosmic evil. Even more twisted madness than my imagination could portray. I have been very happy to work with yet another great talent. You can never get enough tentacles.”

“Out Of The Voiceless Grave”, which was recorded at Welfare Sounds (Bombus, RAM, Bombs Of Hades, etc.) in Gothenburg, Sweden, will be available as special edition Digipak CD, Gatefold LP on 180 gram vinyl with a poster and also as Digital Download. The album’s LP edition will be available on classic black vinyl as well as on limited edition golden vinyl (300 copies total). Stay tuned in the following week for pre-order details. Digital pre-orders will begin on June 30 along with the release of the album’s first single. Stay tuned!

Citing common inspiration by bands like Autopsy, Possessed, early Death, Repulsion, early Morbid Angel, Slaughter, Bathory, early Slayer or also Master/Death Strike, THE LURKING FEAR are not just another retro all-star project, but a real band of five Death Metal lifers, who organically got together in order to celebrate the Metal breed closest to their roots as well as their hearts.

Fan-filmed video footage of the songs “Winged Death” and “Tongued With Foul Flames” from THE LURKING FEAR’s debut show in Sweden supporting Merciless last month can be seen here:

Catch THE LURKING FEAR across the European festival market this August at one of their below stops. More shows will be announced shortly.