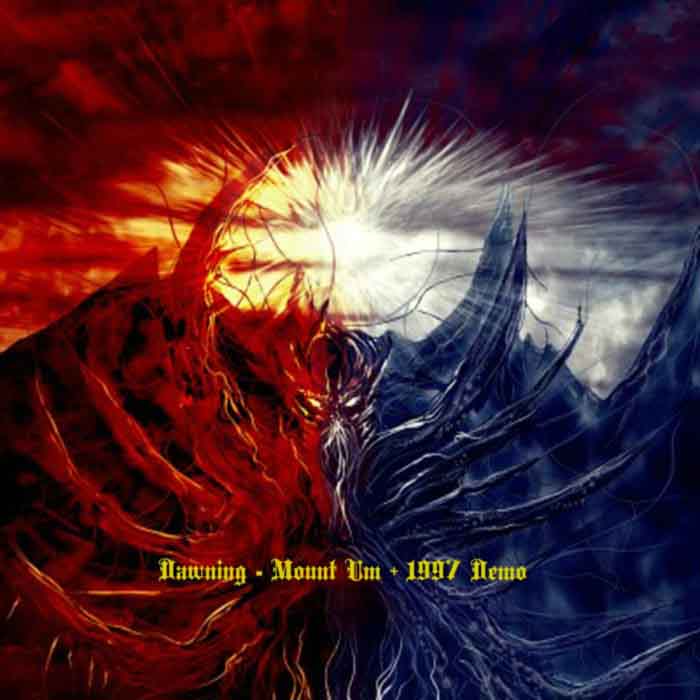 “Side B”, Dawning’s commercially unreleased 1997 Demo is very promising, more aggressive, yet not particularly original Norwegian style black metal. Early Emperor is again the primary influence but there are prominent drumming and riffing influences from Darkthrone too that are not present on Mount Um. “Side B” Also has some tape problems with some fade-outs. Despite the derivativeness of some of the riffs and Fenriz beats, much of the Demo 1997 material is excellent and shows a band who had the creative chops to reach heights above the mostly cancerous, rebranded alternative and indie rock that still characterizes most American “black metal”.

The only improvements Steve could possible make to his later material would be to maybe glue some of the various riffs together more seamlessly rather than almost alternating between progressing each of them. It would also be interesting to for him to adopt aspects of Emperor‘s flowing, explosive rhythm section of Samoth (Zyklon-B) and Faust like several of the best contemporary Dutch black metal bands currently do to great effect. Mount Um + 1997 Demo is a very worthwhile purchase; Mount Um is excellently written and the 1997 Demo has great riffs.