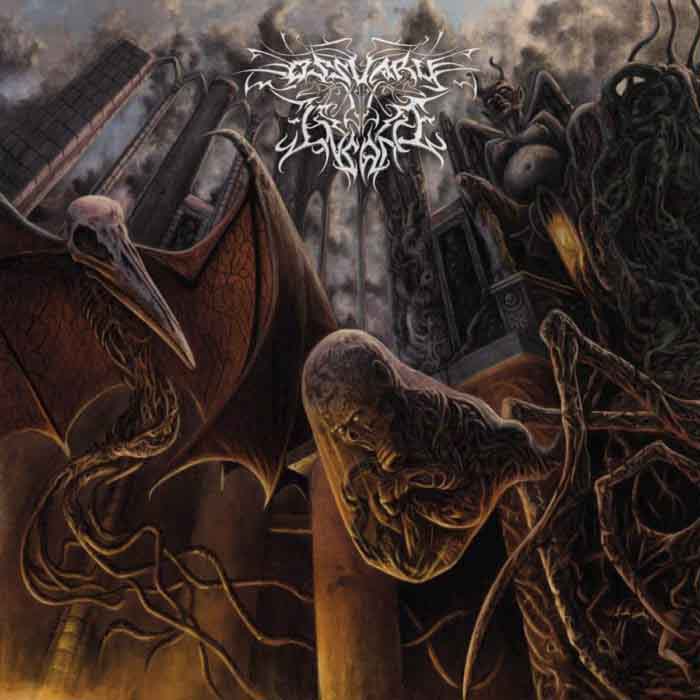 Under the divine tutelage of their forbears these new old schoolers Ossuary Insane built their songs like a vocal driven mallcore band who opted for Deicide-lite cadences which trade the djent squeal for the upper register placed pedantically and abused into inefficacy. The vocals sound like your typical 130 pound vegan, straight edge wimp attempting to front a wannabe beatdown hardcore band full of hipsters with whispy face pubes for mustaches and hair that hasn’t seen conditioner in years. The basic riff formula recalls As I Lay Dying, Entombed and Autopsy, in the slower sections. The faster parts sound like a slightly sped up, more “fun” Pantera if Pantera were slowed down and simplified grindcore (Repulsion, Bolt Thrower) rather than brain-damaged, lobotomized Metallica . Structurally random but not circular, Ossuary Insane’s songs unfold from one -cool- riff to the next with little regard for melodic progression and conclusion.

Although sold as a true LP, Possession of the Flesh is an anthology of demos: the production and songwriting abruptly changes midway or so through the runtime. It’s difficult and pointless to say much more about this music: Ossuary is best enjoyed as an opening act to not pay attention making Possession of the Flesh worth purchasing for use as anything but a oversize coaster or a frisbee for your dog.