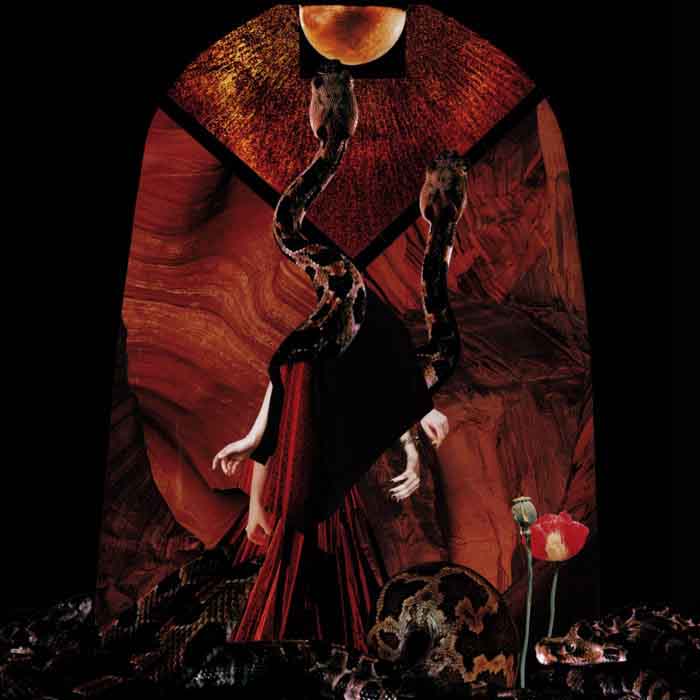 Serpent Ascending’s rhythm riffing on Ananku is free of the speed metal tropes of the demos compiled on The Enigma Unsettled and more influenced by early Sepultura and Florida death metal rather than the typical Bolt Thrower of most Finnish death metal including Nurmi’s past project, Desecresy. Leads echo how Swedes such as Therion and Sacramentum utilized heavy metal harmonies but Serpent Ascending aims these towards progression rather than merely to accentuate metallic jamming. Pertinent atmospheric elaboration in the fashion of Burzum allows this heavy metal to reveal inner sublimity, crushing chaotic mortal conceptions into otherworldly beauty.

Ananku is ultimately an adoration of metal’s past heliotropically hailing a risen but oft-forgotten sun still shining Apollonian rays on an enveiled and beguiled Occident. Rooted in traditional soil and watered by blood, Serpent Ascending rises out of the underworld like a lone red poppy blossoming on a battlefield fertilized by the great carnage buried below.

Listen below and purchase Ananku on CD from Jarno Nurmi here.