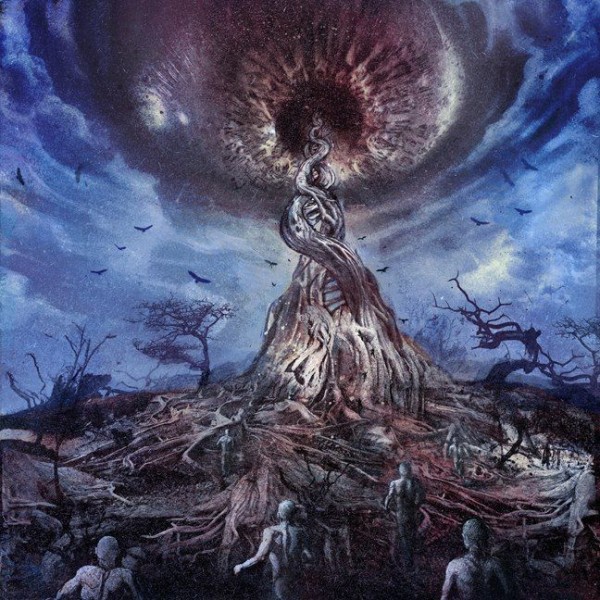 On their tantalizing debut album, Zealotry showed charm that often characterizes first releases. Debuting bands earnestly try to capture the aura of the music as they juggle with the technical aspects of playing it. First albums often come off as awkward or even flawed but there still containing endearing and thoroughly captivating elements. Many groups lose this enchantment in their sophomore album only to recover it with the third. This happened to Sepultura, who reached the pinnacle of their transcendental contributions on their only death metal album, Morbid Visions. They followed it with a boring mass of riffs with no heads or tails. Their much superior 1989 speed metal album, Beneath the Remains, fortunately corrected this.  Hopefully, this will be the case with Zealotry as well.

The Last Witness plays like an extension of The Charnel Expanse‘s final track, “The Unmaking”, the least structured song on the album. The band tangentially explored the technical ramifications found by playing their particular style. From the creators’ perspective, this seemed like a clear path. In taking this choice to focus on a narrower voice, the evocative deficiencies of that streamlined, tremolo-picked, sequence-of-riffs approach had to be compensated for. This was completely ignored and instead there is a heavier emphasis on playing the technical parts of the songs correctly.

Musically, there is a lot of worthwhile content here; It just doesn’t tell a story as much as give scattered visions that are not arranged properly, do not have clear beginnings, and even less conclusions. The painstaking composition in a self-conscious style with a corrective attitude is extremely promising. This is admittedly the hard route as it requires extreme discipline; it is the classical composer’s way for reaching to perfection on all fronts. However, composers need many, many errors before turning trial into triumph.

As it stands, The Last Witness is a collection of exquisite details into which a very attentive reader can dive. He will discover many forms but nothing solid enough to materialize a clear vision. In part, this is due to the tendency towards extreme variation and superficial indulgence of musicianship, and too much escapism in the codas. Follow the title track attentively to hear what I am referring to. The problems here mirror those of Monsieur Tougas on his side project except that Zealotry has a much more individualized voice.

Zealotry would also do well to stay away from the death and war metal influences with atmospheric pretensions seen in the empty music of Phobocosm. Instead, they should work on their motific death metal,  develop the themes to establish long-range links, and fully utilize their proper sense of breathing space. Zealotry should play to their strengths instead of diverging horribly and incoherently as in the final track, “Silence”. I am sure with practice and discipline, the time will come when this band will dominate a wider range of expressions. For now, shaping up this very narrow music into that which breathes, lives, and envisions a story is still a goal.

Readers may listen to The Last Witness on Zealotry’s Bandcamp page.