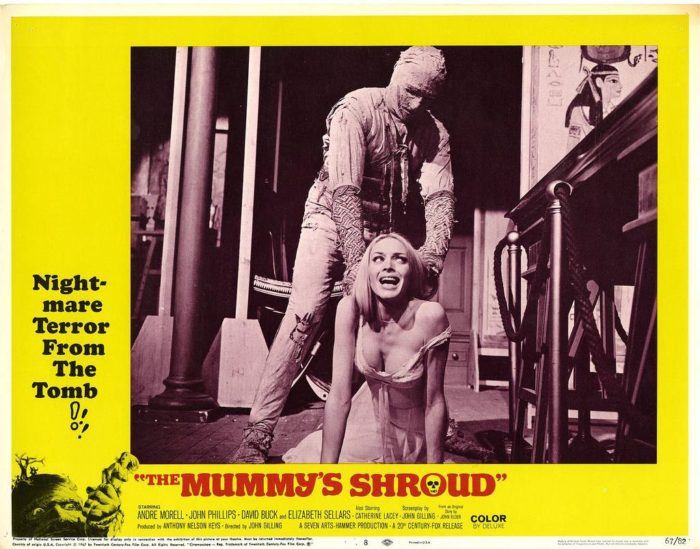 This dissection was contributed to Death Metal Underground by Neil Sigmundsson.

Although the song that is the subject of this article differs considerably in tone from most funeral doom metal, and indeed from most of Evoken’s own work, it utilizes the basic style of that genre: open, sustained, low register power chords played at very slow tempi. In “Omniscient,” clean guitar melodies and synthesizers provide the music with detail, color, and different senses of spaciousness. Layering, interplay between instruments, and timbre play important roles in developing themes and emphasizing different aspects of emotions. The song has no human voice, a feature that facilitates listener immersion and an unharnessed imagination. The structure is simple and linear: A B C D. The four sections are described sequentially below in terms of one interpretation of the piece; this is an attempt to put into words a somewhat vague combination of images, thoughts, feelings, and emotions that occurs when listening to it. If this descriptive method comes across as tedious or unappealing, consider it the shortcoming of the writer and let the music speak for itself.

Section A: The introduction revolves around a melody played on clean guitar, the tonality of which gives a vague feeling of uneasiness and of mystery. The technique of sliding into and between notes is used as ornamentation, presumably to make the melody more evocative. The slow tempo lends a sense of low energy, and the synthesizer adds a haziness to the atmosphere. When the electric guitar and percussion enter the song, the resulting sensation is similar to stepping from an inside room, where one can sense the heat outside, into the open air, or of transitioning from the awakening state of half-consciousness to that of complete alertness and awareness. The synthesizer then plays its part an octave higher than before, overpowering like the sharp glare of the sun and evoking an image of barrenness, vastness, and lifelessness. The timbre greatly increases the effect. After the synthesizer descends back to its original register, the theme is fully developed and the scene completely comprehended.

Section B: After a short silence, the music resumes at a crawl, as if an oppressive heat is sapping away all energy. The guitars reach up and play a short sequence with conviction, but fall back down in response to the synthesizer, as if defeated by the overwhelming wretchedness and aridity of existence. The entire pattern temporarily falls to a slightly lower register, conveying a sense of sinking to greater depths, though it musters enough energy to return to its original place. Listening to this section feels like crossing a desert, wondering whether the farther side will ever be reached with so little energy, when suddenly…

Section C: Great vigor and motivation well up from an unknown source, generating forward and upward motion from stagnation. The tempo increases, as does the speed of the drum pattern. The power chords are no longer relegated to the far lowest notes. The synthesizer, which represented the oppressive force, disappears and is replaced by a slowly rising clean guitar pattern. The overall tone here is energetic and anticipatory, and there is a sense of striving and of willpower where previously there was none. However, in the guitars there is a moment that balances this nature with sobriety and gravity, a few slightly dissonant notes that signify that all adversity has not been overcome. Like a reminder of the continued presence of the antagonistic element, this slight dissonance checks the melody, which falls accordingly (though it maintains its pace and energy) and dwells at its lowest point before steadily rising again.

Section D: Section C trails off at its highest stable point, and at this point the music slows down again and “opens up,” signifying that a plateau or a destination has been reached. Indeed, in the final and longest section of the song, a realization occurs. The first hint of this realization is a sequence of four notes played on the keyboard and accompanied by percussion. The “breathy” timbre and relatively low volume give a sense of distance and of large scale. This part evokes the emotions associated with pausing one’s toils, looking up at the clouds, and realizing their beauty. The electric guitars then enter enthusiastically, mimicking the four note pattern with power chords, and the aforementioned keyboard sequence gives way to a second one. This new keyboard part starts with a heart-warming tone that rises slightly and then settles into a sobering note of gravity, though even this last bit of weight and resistance falls away at the end of the sequence.

The full realization is represented by a blissful clean guitar melody that acts as an additional layer atop the second keyboard part and the power chords. The keyboards color the guitar melody in different ways with each note and with swells in volume, highlighting various nuances of the newfound conviction and peace of mind: solace, tranquility, the hugeness of nature and the cosmos and corresponding miniscule stature of man, the passing away of all things, and finally an understanding and acceptance that leads to release from all doubts and worries. The timbre of the synthesizers provides an airy nature to the conclusion of the song, yet this quality is light and fresh and differs greatly from the heavy, burdensome atmosphere of the introduction. The clean guitars eventually stop and the keyboards return to a fuller version of the first hint of the realization, the image that catalyzed the epiphany being revisited in terms of the new insight obtained. The full realization then resumes. By this point, all tension is completely resolved. Additional synthesizer effects give a sense of dissolving and of passing away, and the song begins to fade in volume. The clean guitar ends on an uplifting note.

In the above description of “Omniscient,” the instruments symbolize different aspects of human experience. The electric guitar and the percussion represent the visceral sensations of the body, the clean guitar the movements of the mind, and the synthesizer the perception of the external environment. The role of the synthesizer in portraying an external oppressive force in sections A and B has already been described: it can be seen as a sort of indifferent but nevertheless harmful natural phenomenon. Of the four parts of the song, section B is the only one with no clean guitar, perhaps symbolizing how during an onerous experience in which the willpower of the mind has been defeated, the focus of consciousness oscillates between the suffering of the body and the alleged cause of that suffering. In section C the synthesizer disappears, but the sobering, slightly dissonant notes in both the clean guitar and the underlying power chords acknowledge that the environment/situation has not changed. Rather, the upwelling of energy from within is so powerful that it dominates the field of perception, as reflected in the dramatic increase in percussion activity. This section can be viewed as finding motivation to fight and overcome an oppositional force.

Section D resolves all conflict and tension in the song, not through external triumph – towards which section C seems directed – but through internal release. Maintaining the established symbolism and looking at the clean guitar parts (and lack thereof) throughout the song, there is a series that outlines a transformation of mind: A mind confused (A) becomes a mind completely defeated (B), which in turn is revitalized and invigorated (C) and finally becomes purified and instilled with confidence and peace (D). Considering the keyboards, as mentioned previously, the role and the qualities of those in section D are significantly different from those in sections A and B. Yet even at the very end of the song, there is still a sobering effect and a sense of gravity in the keyboards; the elation does not go unchecked. As in section C, this is the clue that the external environment has not changed, only the perception of that environment. Thus, the mind has undergone a change and as a result, the perception of life has changed even though life situations have not. Recalling the words of Marcus Aurelius: “Things do not touch the soul, for they are external and remain immovable; but our perturbations come only from the opinion which is within…Take away thy opinion, and then there is taken away the complaint, “I have been harmed.” Take away the complaint, “I have been harmed,” and the harm is taken away.” This is the essence of the realization in “Omniscient”: It is the knowledge that, though we may feel pain and discomfort, and though we may endure hardship, suffering is not inextricably bound up with these experiences. The power that external events claim on personal wellbeing is dictated by the mind and by the will. In this way can man go through life as an invincible force, as a “promontory against which the waves continually break, but it stands firm and tames the fury of the water around it.” With this spirit and conviction does the clean guitar sail calmly over the keyboards in section D, giving a sense of total peace and affirming that everything is alright.

Along with Skepticism – Stormcrowfleet and Monolithe – Monolithe I, “Omniscient” shows that the funeral doom style lends itself naturally to compositions that are not funereal in tone. This style has been used as a means of wallowing and despairing, and it could be argued that despondence, hopelessness, etc. are “heavy” emotions, but the self-obsessed state of depression, being a state of stress and contraction, shrinks the scale of the music to the personal level. This effect is contrary to the “big” sound of the funeral doom style, and to the powerful fighting spirit of metal in general, indicating that perhaps the style is more suitable for large-scale, impersonal topics.

Regarding musical composition, the careful and directed development of a select set of ideas maximizes the evocative quality of music by allowing themes to blossom to their full expressive potential. Furthermore, this increases the coherence of compositions, even when the composer does not intend a specific meaning or message, because new ideas arise only when the old ones are exhausted. Thus, in musical composition, as in life, it is wiser to look to necessity than to extremity. Extremes of technical musicianship, speed, and structural complexity, though sometimes useful, are generally not necessary for metal music to be heavy (in the meaning of bearing existential weight, of having deep content as opposed to shallowness, and of communicating an aspect of reality that transcends the individual). “Omniscient,” in its beautiful simplicity, is evidence in favor of this point. In its logical and complete development, its highly evocative sounds, its clear depiction of an inspiring and uplifting transformation, and the reward and reminder that its conclusion bestow upon the listener, “Omniscient” is a superlative work of art.

Notes:
1. Evoken recorded Promo 2002 “in 1 day on a cheap-o 8 track recorder.” “Omniscient” stands far above the other four songs on the promo, although “Reverie in Tears” is also well composed. Dario Derna, who was the adept drummer of the death metal band Infester, played the keyboards on this release.

2. A rerecorded version of “Omniscient” with lyrics appeared on the 2010 split between Evoken and Beneath the Frozen Soil.