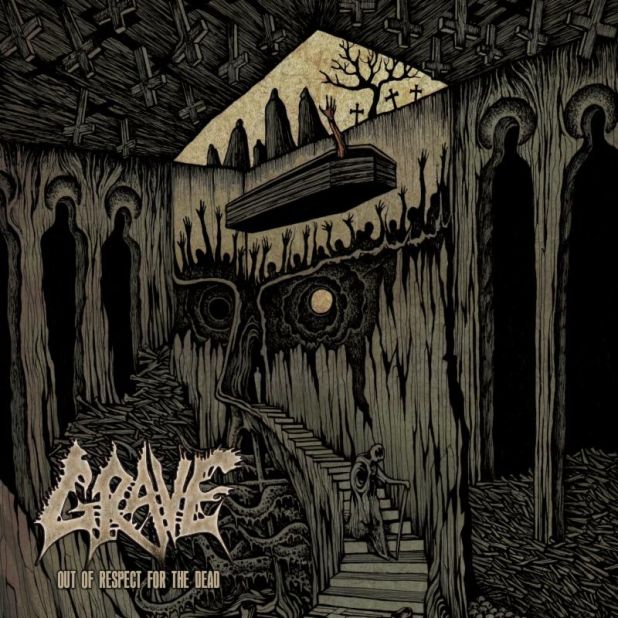 Out Of Respect For The Dead is in my review queue by virtue of its artist being at least semi-famous. While Grave’s reputation on DMU is something less than stellar, the fame they achieved as part of the early (Stockholm) Swedish makes their latest work worth looking at, at least in terms of comparison to their past and other bands’ present output. “Plain Pine Box” is admittedly not a particularly interesting song, being an extremely simple and basic track reminiscent of what would happen if you simplified Celtic Frost and added extra distortion. A previously released track from this upcoming album (“Mass Grave Mass”) resembles more the band’s stereotypical sound; overall, I expect competence from future Grave if not necessarily must-have or even particularly inspiring albums.

Out Of Respect For The Dead will be available on October 16th, 2015.

Tags: 2015, death metal, grave, out of respect for the dead, upcoming releases