The Scandinavian countries have always had disproportionate metal output; Finland’s continues with this debut album from Sacrificum Carmen, an occult-inspired black metal band. Ikuisen Tulen Kammiossa is set to release on October 30th and showcases a more melodic sound than is stereotypical of the country’s black metal output.

Hailing from the fertive Finnish black metal scene, Sacrificium Carmen both embody their home country’s prevailing underground idiom and offer a unique, diabolical twist to it. Founded in 2009 by vocalist Hoath Cambion and guitarist Advorsvs, the band draws their inspiration from the areas of occultism and Satanism exclusively. Sacrificium Carmen became active in 2012 with a full lineup, and soon released their debut demo “Sanansaattaja” in 2013 via Finnish underground label Spread Evil Productions.   After the demo’s release, the band excelled in the areas of live shows and split releases, which all spread well around the underground scene. In 2014, Sacrificium Carmen started working on a debut full-length album, and the demo recordings led into a signing of a record deal with Finnish record label Saturnal Records for the release Ikuisen Tulen Kammiossa.

Sacrificium Carmen plays black metal with a melodic and atmospheric touch where all tendencies have been directed into very aggressive and sinister output, where Finnish black metal sound meets murky death metal sound as witnessed with orthodox black metal acts. Across the eight tracks of Ikuisen Tulen Kammiossa, the listener is dragged to the sulfurous depths, with vapor trails of hypnotizing melody lingering above the tar-thick sewage. Exquisitely filthy yet exceptionally well-recorded, Ikuisen Tulen Kammiossa presents Sacrificium Carmen as a serious newcomer, a contender to be reckoned with in the years to come, as the band continue to propagate live rituals to increasingly rabid audiences. It is a common trend these days for newer bands to initially release their works in digital form and later create a physical version when funding permits. Abominor, a black metal band from Iceland, initially released Opus: Decay, their debut EP, on March 26th; a CD version will follow on September 4th, and the band promises a tape release in the future.

Forever committed to unearthing the best sounds in the metal underground, INVICTUS PRODUCTIONS presents Opus: Decay, the debut mini-album of Iceland’s ABOMINOR. ABOMINOR arose from the pits in early 2008, with their sole/soul purpose to evoke chaos and drown the earth in audial poison. Across the two epic-length compositions comprising Opus: Decay, the quartet create a slow-simmer cauldron of cold-yet-fiery black metal – cold to the touch, fiery in its passion – fully mesmerizing the listener with an intensity that embodies total death. Dissonant melodies welcome you into the nameless void, and with deft shifts of tempo and texture, ABOMINOR ensnare one’s soul and send currents of said poison through the veins. Rounded off by big ‘n’ booming production, Opus: Decay marks the first triumphant chapter of ABOMINOR’s omnipotent death worship. 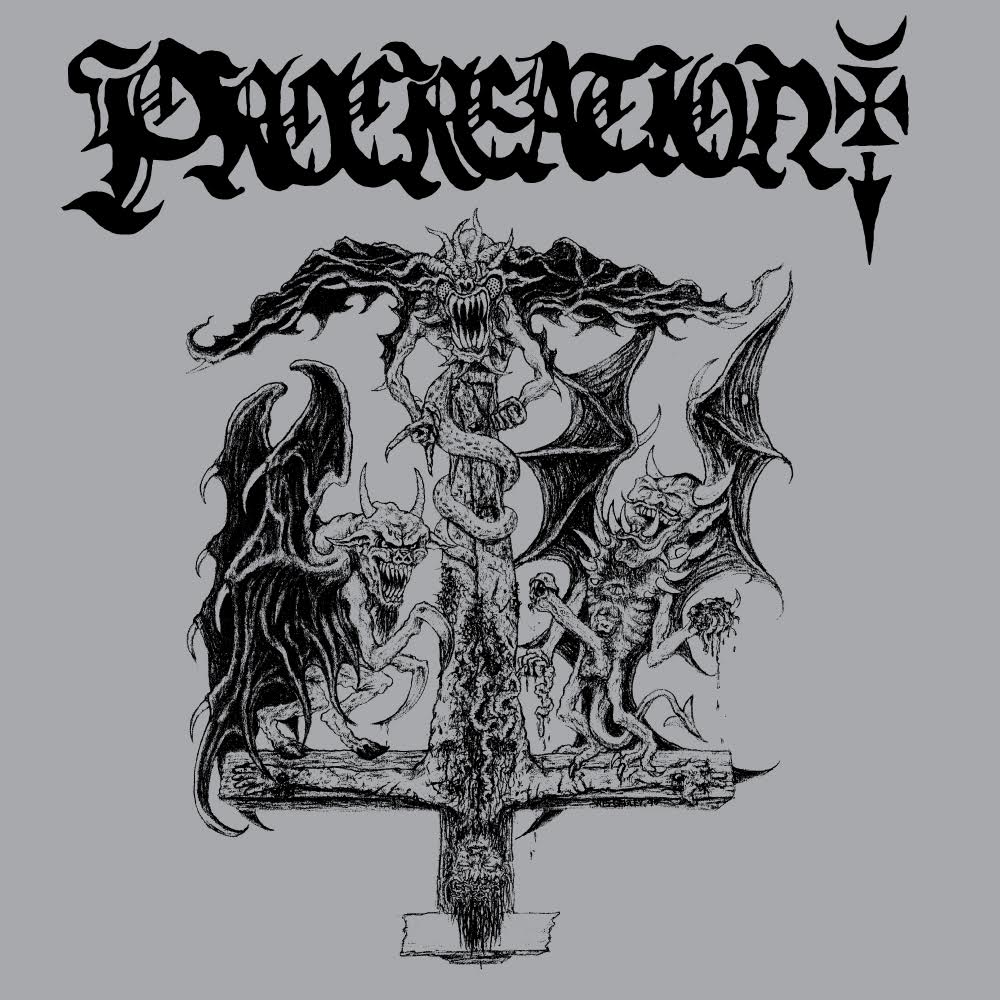 Active since 1998, Parisian black/death metal band Temple of Baal will release their next album on October 2nd, 2015 in CD and 12” vinyl format. The current lineup has performed and participated in many other French metal bands, perhaps the most notable of which would be Anateus. They released the following statement:

PARIS, France – French black/death metal veteran, Temple of Ball, has announced its next album, Mysterium, to be released on October 2 via Agonia Records. The first single, “Divine Scythe,” featuring guest vocals by Georges Balafas (Drowning, Eibon, Decline of The I), is streaming on YouTube at: https://youtu.be/gi2yqmKvUtw.

As the album’s title suggests, Mysterium dwells on the topics of spirituality and religiosity. “From the opener, ‘Lord of Knowledge and Death,’ to the closing number, ‘All in Your Name,’ every inch of this record drips with it,” the band commented. “Mysterium can be seen as a collection of meditations and prayers over the mysteries of faith, directed towards the gods of the left hand path.”

Musically, Temple of Baal’s black metal roots are back in full force, allowing the atmospheres to develop through songs of epic proportions, mostly clocking around eight or nine minutes each. Mysterium covers a wide musical specter, from slower ritualistic parts, to furious blasts and thrashy riffs or the surprisingly melodic choirs of “Magna Gloria Tua” and “Hosanna,” each song taking the listener into a spiritual journey, evolving through various climates, keeping the listener’s mind awake. “I never got that much into monotonous, uniform albums,” said band leader Amduscias. “I like music to take my mind from one point to another. Even if I have a strict view of what Temple of Baal should be, stagnation is not something I’m very fond of.”

Paying tribute to its old school roots, Temple of Baal covers Bathory for the second time, with the song “The Golden Walls of Heaven” closing the vinyl edition as a bonus track.

The recording of Mysterium took place in Hybreed Studios with long-time sound engineer, Andrew Guillotin (Glorior Belli, Mourning Dawn), who managed to capture the band’s trademark massive sounding, magnifying it through a warm and organic production. Cover artwork and layout have been prepared by David Fitt (Aosoth, Secrets of the Moon, Svart Crown) and Maria Yakhnenko.

Mysterium will be available in: six panel digipack CD with 16-page booklet, regular gatefold double black vinyl, and limited to 150 hand-numbered copies double gatefold vinyl (including one picture disc and one black vinyl). It can be pre-ordered now through the Agonia web-store at: https://www.agoniarecords.com/index.php?pos=shop&lang=en.
1. Lord of Knowledge and Death
2. Magna Gloria Tua
3. Divine Scythe
4. Hosanna
5. Dictum Ignis
6. Black Redeeming Flame
7. Holy Art Thou
8. All in Your Name
9. The Golden Walls of Heaven (Bathory Cover, vinyl bonus track)

In its 15-plus year career, marked by four full-lengths and numerous split releases, the highly respected French coven, Temple of Baal, has evolved from a primitive black/thrash outfit into a monstrous black/death metal entity of epic dimensions. Verses of Fire, the last album (2013), was acclaimed worldwide as a milestone in the band’s career, allowing Temple of Baal to perform at notable festivals such as Hellfest, Motocultor, Summer Breeze, Kings of Black Metal and Speyer Grey Mass. The formation also played selected shows in France, Finland, Germany, Switzerland and Austria, sharing the stage with the likes of Watain, Antaeus etc.

Stay tuned for more information on Temple of Baal and Mysterium, out this fall on Agonia Records.