At over $1k/hr, it looks like an intense experience. Photos from one winsome English boy’s experience in the COCKpit of Flight 666.

Whenever NPR gets involved, you know you’re listening to state-sponsored propaganda. They also tend to favor any topic that humbles the strong and caters to the weak of spirit.

Other than a few honorable mentions, there are no metal albums here. Only the indie, post-rock, punk, sludge, emo and shoegaze mixture that is popularly infused with a few metallish riffs to become the non-mainstream form of nu-metal. 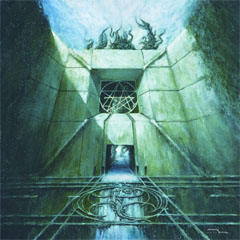 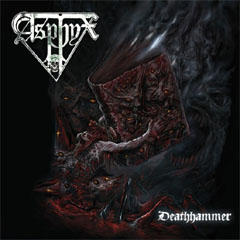 Two awesomely oblivious places to visit. The people here have bought into the plastic facade, but they insist it be covered in granola, life failure, twee sycophancy, social nuance and novelty, and of course the purple-assed baboon showing submission while picking your pocket.

With the rock-crit establishment turning up its collective nose at thrash, the task of documenting the Bay Area’s ’80s metal maelstrom for posterity has been left to fans. Brian Lew and Harald Oimoen – two thrash survivors who snapped countless shots of the unruly, burgeoning scene – are doing just that with their recently released book, “Murder in the Front Row,” a photographic odyssey through the inception of Bay Area thrash.

“The thrash scene, as far as metal goes, is one of the most influential scenes ever,” Lew says. With its insistence on pushing metal to new extremes, thrash prefigured all the genres that would crop up in its wake, including death metal, black metal and any other style that ratchets up the revolting possibilities inherent in heavy metal. “A lot of it started here, and it’s not really known.”

A Conservative MP and music fan was not able to completely fulfil on his pledge to his Hove constituents to wear his Iron Maiden T-shirt in the House of Commons.

Mike Weatherley said he had worn it in Westminster Hall, but added: “It’s not allowed in the Commons, I asked the Speaker if he’d give me permission and he said no.”

He was on the Daily Politics discussing the links between music and politics. – BBC

Hi Everyone, we’ve got some North American DVD’s and Blu-rays, so if you want one of those (can be signed) for Xmas for anyone, order it soon! DVDs are $28 including shipping to US, Canada or Mexico. Order one by sending that amount via paypal to untilaudrey -at- yahoo.com – include a note if you want it signed. Note* We have to remove the cellophane to sign them.

We’re now down to our last batch of International DVDs, so put in your order double-quick if you want one of those. They’re $35.49 including shipping to Europe (ask about other countries). Order those at: http://www.blackmetalmovie.com/.

We only sell the double disc/blu-ray with the extended special features (4 hours) so yes- that’s what you’d get.

We’ll be conducting our first clearance sale ever, to make room for the exciting new year ahead. Your help would be much welcome – get
together with some friends and combine your requests for additional savings, or spread the word around!

This special offer covers all the items from the list below, as follows:

To place an order, you can email us the list of items that you wish to purchase, together with your name / address and information on the
payment method that you wish to use. We will send your total once we have checked availability on the items. Alternatively, you may also
place your order using the shopping cart system on the site – the discounts will be applied when sending your total.

Please note: the offer is limited to the available stock and to the items listed in this file. When applicable, the order will be dispatched in
multiple parcels and/or without jewelcases for the sale items (if this is a problem for you, please let us know).