There is something happening in music that no one is talking about: the already established elites of music are viciously suppressing the masses of underground artists. While the internet’s readily available high end industry software and ease of mass networking has often been seen as gifts to the dissident independent artists what has actually happened is a sharp divide in caste from “top level band” to “low level band.” Much like our nation’s middle class, the mid-level musician is near total annihilation. As covered in a recent article on the exiled Amerika site, the last few decades of pop music have resembled a gaping, widening divide between the masses of musicians and the industry’s insiders:

From 2010-2014, the top ten producers (by number of hits) wrote about 40% of songs that achieved #1 – #5 ranking on the Billboard Hot 100. In the late-80s, the top ten producers were credited with half as many hits, about 19%. In other words, more songs have been produced by fewer and fewer topline songwriters, who oversee the combinations of all the separately created sounds. Take a less personal production process and execute that process by a shrinking number of people and everything starts to sound more or less the same.

Rock and metal are seeing a similar trend, but in the 4-5 piece format: bands whom have established themselves in the 90’s and before (along with a few from the 2000’s) are dominating the sales and exposure granted by major outlets. While indie blogs like Pitchfork and Noisy have often told us about “the next big thing!” or “hit new movements!” in metal and rock, their words of praise have failed to usher in a truly popular and/or fiscally successful new era of music. Even a Rolling Stone feature – once wielding the power to give everyone in your band the ability to buy a house – doesn’t seem hold much weight anymore. The top slots on major festivals are still dominated by bands from yesteryear, and the industry executives are continuing to dump their advertiser budgets into well established groups at the expense of developing new talent.

The sooner you figure out what I’m about to tell you, the better: if your band was formed after 2009, you’re not even (and will never be) in the game.

Buried under mountains of farcical SJW propaganda, our pals at MetalSucks offer some insightful music industry articles on rare occasion. In a recent audit of the articles that were most clicked on (hopefully not by the automated click system that comes with an advertiser network), they provided a list of the 50 most clicked bands featured in their articles.

While this is in part a reflection of what they’ve spent their time covering, it is admittedly one of the better metrics available for measuring the popularity of heavy metal bands (Nielsen sales reports take forever to come around). While the raging leftist dweebs came to the accurate conclusion that fans favor older music to newer, they missed the most telling and most damning truth: not a single one of these bands was formed in this current decade. Let me be clear — not ONE SINGLE band formed this decade is among the genre’s most popular! This is not a normalcy, this is not something that has ever happened in metal’s entire history before. This is a morbid reflection of a doomed industry that’s collapsing under the weight of it’s own over-saturation.

All of those trends you scoffed at — djent, deathcore, post metal — none of these ever really took off and none were ever really as popular as the indie media told you they were. While each might have one large-scale band to its name (in the form of Meshuggah, Suicide Silence, and…. okay, I guess post metal was so bad no one ever made any money off of it), none of them could even reach the bar set by metalcore, a genre much less popular than those that came before it. In both the mainstream and underground of metal, the waves of “new” in this decade and its predecessor have failed to reach the level of talent and innovation offered in years past.

How We Got Here

We’ve long been covering a perfect storm of unfortunate events for hard rock and heavy metal music, among them the lack of capital in the wake of the industry’s depression, the hesitance of investors to develop new talent, growing indie metal landfill, the paradoxical infestation of divisive social justice warriors, and the lack of marketable guitar heroes. Moreso, mixed-festival promoters have gone all in on rap and EDM and have largely abandoned metal and male-fronted rock bands (a.k.a. rock bands). Cheaper to produce and easier to market, a music industry heavily dominated by these genres allow that aforementioned inner circle of songwriters to rise to untouchable heights.

Denominational division and fragmentation also plagued the metal “community” worse than ever before. In 2006 death metal fans had to chose a side between the classics (e.g. Carcass, Entombed, Death) or “the now” (Whitechapel, The Red Chord) and there was nobody that didn’t favor one side over the other. Then, you had an umbrella of micro-genres – are you a symphonic black metal kid, a war metal-only kid? Because you can’t pick both. But worse yet, on top of all the polarization amongst the deepest depths of metal’s underground, along came the social justice warriors. Led by loser-in-life journalists like Kim Kelly and Axel Rosenberg, these nothing-to-live-for societal failures brought tour boycotts and scene policing into an already divided genre that made up 7% of last year’s music streaming. Now, you didn’t only have to pick a ridiculously niche micro-genre movement, you had to pick the right political movement within that niche micro-genre movement. Because if you align with the wrong band, you might see the mob come for your head, and picking wrong retroactively is completely on the table.

Perhaps there was more to it as well. Perhaps record labels and producers are more important than we all thought, as independent acts and labels didn’t really seem to get their artists very far into the heights of fame. Perhaps a wave of musicians with infinite music access were too scatterbrained to harvest a tangible movement into an innovative sound. Or perhaps the failure of these millennial musicians and music journalists are merely the reflection of their generation’s failure to adapt to a world much different than the one they were told they’d live in. 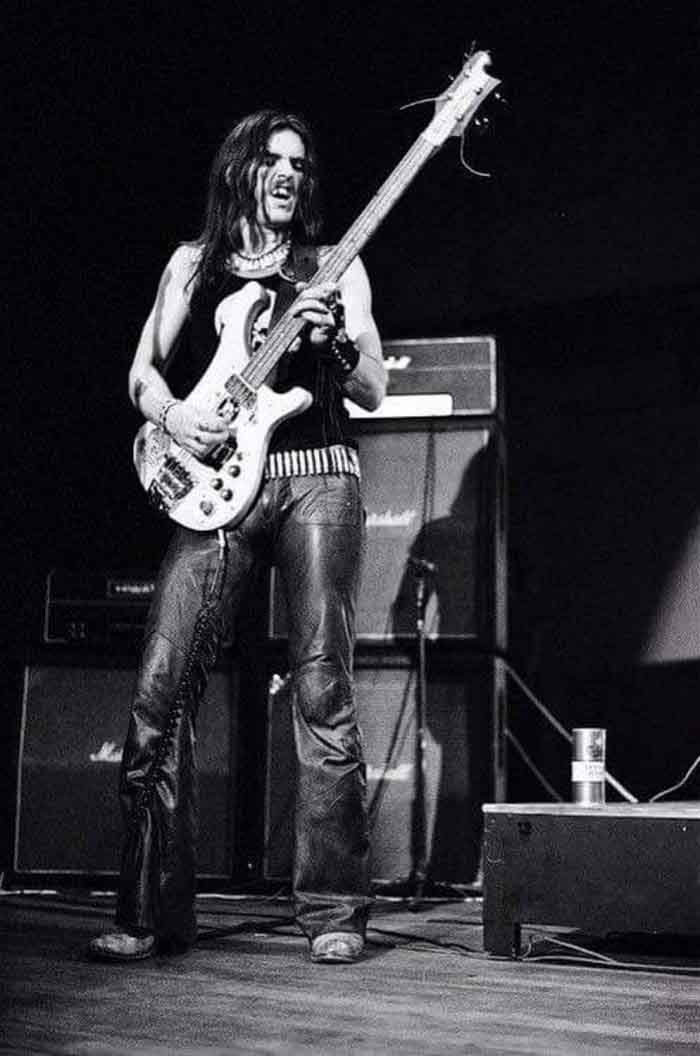 While things are likely to get worse over the next many years, I wouldn’t sign off on the heavy metal or rock music death certificate just yet. I see all of this as a necessary turn of events, one that will eventually bring a new golden age. In fact, metal was pronounced dead once before – and then arose from the grave to bring the best years of its existence.

In the early 1970s, heavy metal was an exciting new musical and cultural movement. So much so, that it surpassed even rock music (thought to be revolutionary just a few years before). But towards the end of the decade came a near-lethal blow: punk rock. Faster, louder, more abrasive and aggressive, punk had risen the bar and metal couldn’t compete. From 1977-1983, metal was almost complete obliterated. Many had declared the movement dead – a fleeting flavor of the week experiment that did not stand the test of time.

But then in 1983, a new age of metal began. Playing faster and heavier under the influence of Motorhead, Venom and Bathory came like a storm with an uncompromising new take on metal. They were quickly followed by Metallica and Slayer alongside the wave of hair metal. Metal — declared dead just ten years before — was the now most popular music in the world. While this has yet to happen again, it proves that the spirit of metal is something beyond movements and generations.

It’s obvious we’re entering the last days of the second age of metal, one that started in 1983 and hung around a great deal longer than its predecessor. Soon the hipster Vice and Pitchfork journalists will give up trying to have a foot in metal, the Tulio Baars and the Vince Neilsteins will realize the genre is wholly incomparable with their flavor of the week worldview, and the media and mainstream will finally turn their eyes away.

It is here, in these shadows, in this darkness, that a new form of metal culture will challenge the world. It may happen soon, it may happen after my last day has come, but assuming the world lives long enough we are likely to see a third age of metal and a third age of rock. The only thing that I can say for sure, is that the metal and rock of decade is lost and will quickly be forgotten.