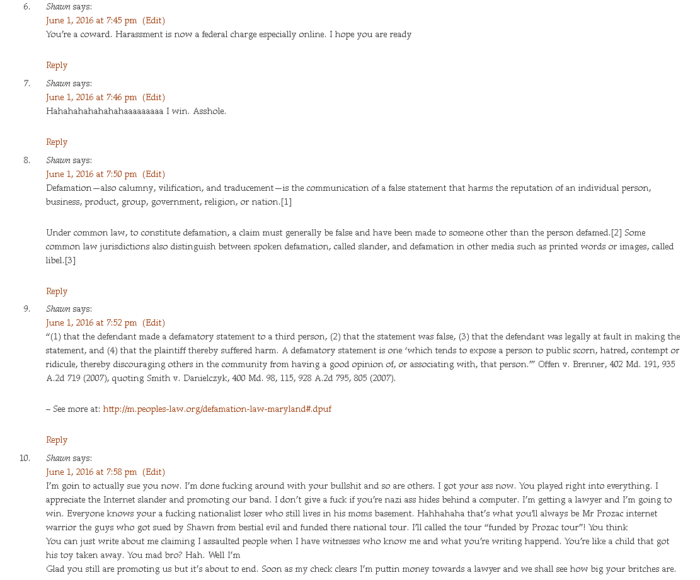 Mr. Wright throwing temper tantrums over the fact that he can’t control the thoughts and speech of others is nothing new. Calling people Nazis and threatening to sue them for defamation like a eleven year old has long been his modus operandi when he doesn’t get what he wants and isn’t threatening assault online, over the phone, or in person. The Death Metal Underground staff uniformly recommend that Mr. Wright cease his laughably pathetic attempts at chilling effects, proscription, and crust and call his therapist.