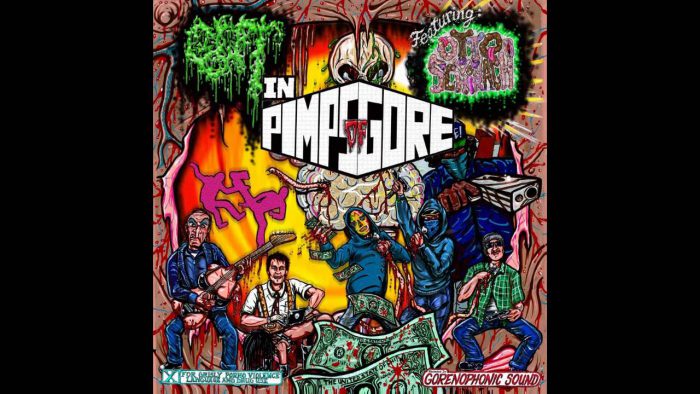 Last month we ran the first  of a two part series on flavor of the week metal subgenres, focusing soley on black metal. The plan was to release a second edition a week later, but the Tulio Baars DDOS attacks prevented that from happening. That is, until now…

Death metal has existed for over 30 years now but the storied genre may finally have seen the climax of its success. Along the way it has been riddled with ridiculous spinoffs that saw tons of low-IQ normies mark out only to promptly discard them into the trash once public consensus realized how outrageous it was. Featuring all kinds of ridiculousness ranging from sideways hat wearing wiggers to throat tatted white trash scene kids, the grand scope of death metal has seen some of the dumbest music ever recorded. Sometimes replicating nu metal and rap, other times mimicking Europeon dance pop, death metal has been degraded and molested in every possible way imaginable. When considering all the horrendous demonization of the genre it’s incredible to think it has survived for so long (despite not seeing may works of relevance since 1994).

It’s the article the basement dwelling Dreipfeil losers did not want you to see, the Sadistic Genre Reviews of death metal’s worst offenders. 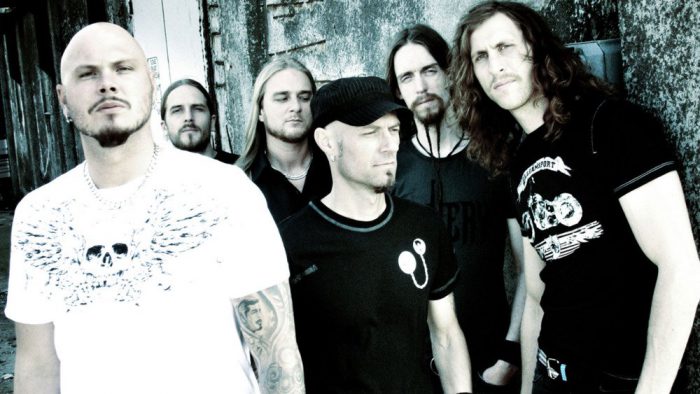 Melody in death metal was an interesting and enjoyable concept that strengthened a genre that was starting to see repetition around 1993. Bands from America and Sweden were increasingly injecting melody and more classical influence to a genre that was more rooted in thrash metal or jazz music. The results were initially great, especially in Swedish pioneers like Dissection and the early work of At the Gates. But by 1995, bands started losing their discipline and abandoning the death metal altogether. The result was melodic death metal: initially a more classically inspired harmonic scale version of death metal, but eventually just power-pop music with death growls. Eventually, a point was reached were the ONLY part of the music that was even remotely “death metal” was the guttural vocals.
Many felt that the overtly happy melodies and pop-isms on the breakthrough In Flames album The Jester Race were forgivable, given the enjoyable acoustic guitar parts and the classic Iron Maiden harmonies. But by the time In Flames got to Colony, everything even remotely death metal was gone and the band was trying to play the most danceable music they were capable of. Jolly, happy go lucky chord progressions with hardcore vocals makes for a really embarrassing listening experience for anyone with some testosterone left in their system. In Flames would only get worse from here, and move on to become a clone of Korn on their 2004 disasterpiece Soundtrack to Your Escape.

But what’s most ridiculous is the swap of epic failures that happened between Sweden and the United States at the turn of the millennium. American metal bands would base their entire sound off the final (and worst at the time) At the Gates album Slaughter of the Soul and create metalcore, while almost every mainstream Swedish metal band from In Flames to Soilwork would co opt the nu-metal genre that America had left behind.  Some would even wear the fucking basketball jerseys!

Speaking of nu metal, the genre’s ultimate death around 2002 left a number of poor, low-IQ metalheads feeling lost and uncertain. With slam and deathcore still a few years away, many found their way into basic death metal either temporarily (which was most cases) or permanently which leads us to the long haired but anorexic metal losers in Behemoth shirts we often find working at guitar center. Both of these groups adopted a few of the top selling death metal bands from the classic era (Deicide, Suffocation) but would ultimately gravitate to a sad flavor of the week trend of the early 2000’s I like to call “Nu death.” Featuring guitars that were tuned lower (closer to the nu metal tunings these fans were used to), vocals that were more shot out and un-intimidating, plastic cookie cutter production, and simplistic brainless riffing and composition, nu death seemed death metal on its exterior but in reality bared much more resemblance to its nu metal predecessor.

Hate Eternal’s I Monarch is a perfect example of the chuggy, brainless power cord and octave riffing style that would define this sad wave of forgettable soundscapes. In his best attempt to recreate one of Morbid Angel’s worst albums in Domination (minus Trey’s weird ambient shit and Quake II influences), Erik Rutan cashes on his short tenure with the aforementioned band without playing a single memorable riff.

By 2010, nearly everyone who had listened to this album had completely forgotten its existence and replaced it with heavier and dumber sounding deathcore. But some nu death fans remain stuck in this time capsule and refuse everything that came before and after it, as the lack of a father figure in their lives leaves them permanently in a minimum wage and live-with-mom state. 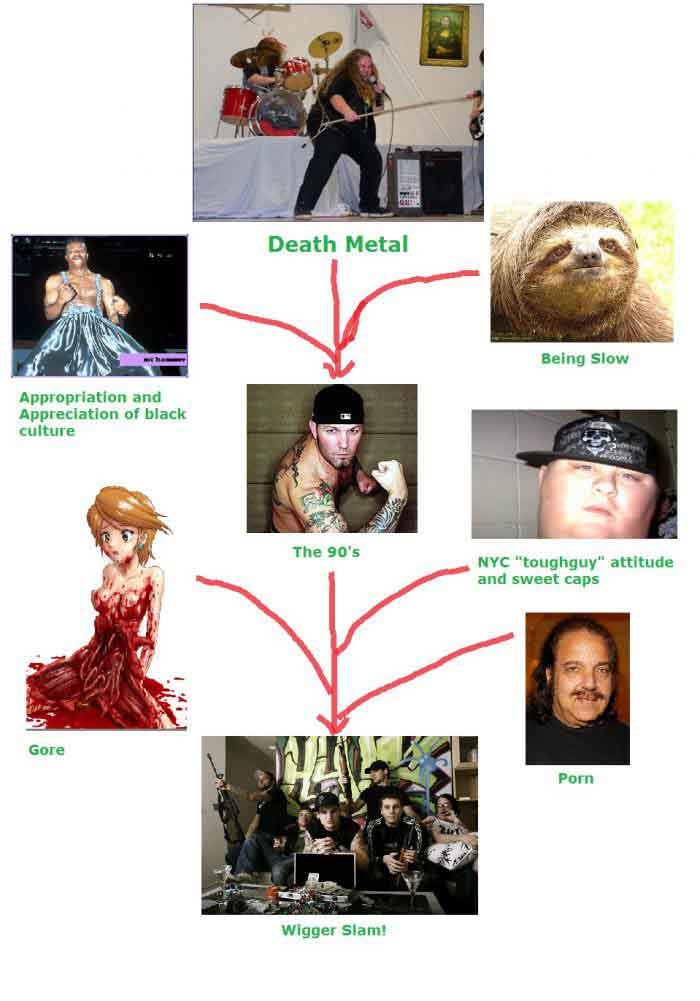 Given our current feminist metal culture, it’s hard to imagine that bands themed entirely in violent rape and misogyny were attracting droves of white trash female fans (some actually pretty decent looking) to their concerts. Grown out of goregrind (essentially death grind with even more graphic and sexual lyrics), the incel musicians (and fans) of slammin’ gore eventually got massively frustrated with their inability to have sex and turned to the Ecko clothing brand and the New York City rapper Necro for some guidance. Dressed in the full hip hop thug garb while occasionally mixing in metal shirts with lime green and purples logos resembling the Goosebumps novels, slammin’ gore musicians culturally appropriated African Americans as much as possible despite playing music that was completely antithetical. Now fronting as hardass tough guys, the musicians and fans unnecessarily began their descent into thug-lyfe by selling the Xanex prescriptions their mom bought them and stealing from their fellow middle class friends.

Despite dropping a number of short releases throughout the 1990’s, Germany’s Gut got a second wind when they co opted the wiggercore lifestyle of this fresh nu moment. Growing to become one of the bands to most wholly define it, Gut produced the most grandiose failed attempt to mix death metal and hip hop on their 2006 embarrassment Pimps of Gore. One of the worst albums ever conceived, the “songs” are actually about 30 seconds of metal mixed with random porno, hip hop, and techno samples. What the fuck is the point? The fucking thing is 11 long yet some fucker pressed 1000 copies of this on CD. I’m not an anti-capitalist but this makes a pretty solid argument about capitalist waste. Anyways, the song title “Anti-PC –Crew” is a nice foreshadowing of what was to come for Gut’s homeland but everything else about this album is completely baffling. Gut’s vocals utilize the pig squel technique that was utilized by every deathcore/goregrind singer in existence for one or two years and then became so embarrassing that it never returned. I speculate if the only scumbag who is in this band converted to Islam, so when he rapes women in his homeland (as he has been known to do) it goes unreported.

Many of slammin’ gore’s suburban gangsta musicians and fans became either incarcerated or addicted to Oxycotin following the end of this flavor of the week moment. They all have abandoned metal entirely, and gone full on hip hop. In any case, it’s unlikely we’ll hear much more from these clowns, as the current state of metal shows has no place – with equality and human rights being championed. But if you do find a band with a cartoonish, lime colored logo on the bill of a show you’re playing, make sure you watch your music equipment at all times or I can guarantee you it will disappear! 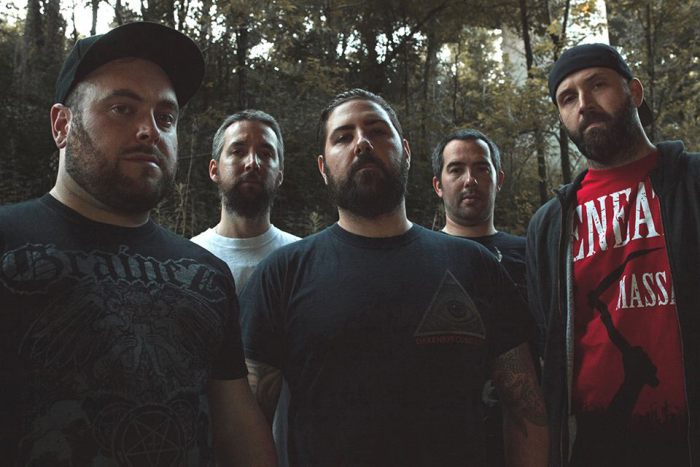 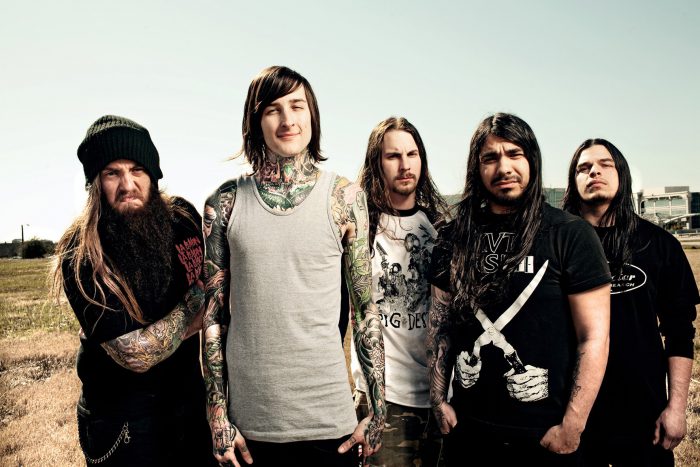 The final mainstream death metal trend before the ultimate epilogue of rock and metal, Deathcore hung around so long only because there was not another flavor of the week death metal trend supersede it. Continuing leaf metal’s linear song structures (riff salads) and breakdowns while blending it with guttural death metal vocals and a slight death metal guitar technique, deathcore funneled the worst elements of its preceding trends into one meaningless mess of irrelevance. Popular amongst rural and suburban trailer park kids with tattoos on their face, hands, and neck, deathcore was mostly dominated by Suicide Silence, who outshone all of the others not in their musical ability but instead through their totalitarian merch and marketing schemes. Deathcore was the last stand of the “scene kid” cultural movement which began in metalcore and continued through leaf metal and then crunkcore. After deathcore these personalities would finally shed their scene skin entirely as they adopted the cultural communism of hipsterism and indie rock/metal.
Arizona’s Job for a Cowboy would never escape the stigma of their breakout EP Doom. While the CD’s cover art is among my favorite artwork ever, the sound of the music blended all of the tropes of various flavor of the week metal trends into one disgusting mess. Combining The Black Dahlia murder’s metalcore with deathcore structures and slammin’ gore’s pig squeal vocals, the EP went from “YouTube viral metal” to “a running joke among everyone” and finally became the “Justin Biberism of death metal” (as Bieberisms were popular at this time) with even deathcore fans considering it Bieber-tier. J-FACK would go on to drop the pig noises and metalcore parts spend the rest of their career trying to convince everyone that they were a real death metal band but would never shed the stigmas of Doom. Prophesying the future of Job for a Cowboy, the album’s title defined the band’s prospects of courting the true death metal audience they have always desired.

Other trends too stupid to cover:

Retrodeath (Every death metal band on Bandcamp since 2014)