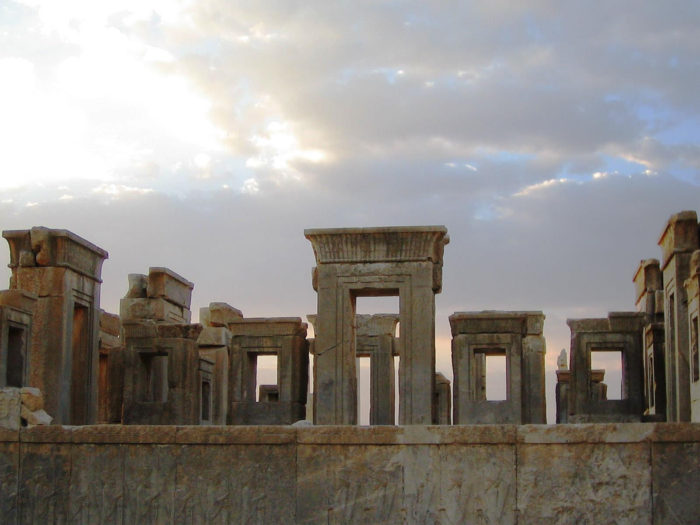 I. The Myth of Progress

Each epoch in human history is affected by the myths that define its own attitude; myths that could be defined as foundational illusions on which the dogmas of the time are based. For us, that myth is progress itself and the consequent air of superiority that comes with it. Having arrived at a postmodernist stage, this criticism of modernity is nothing new, but at the same time, nothing has been done about it so that we still suffer the same symptoms. This is one of the maladies of postmodernism: an even greater contempt for other epochs in its supposed abstraction from prejudices, which creates an illusory special place whence a new prejudice against everything and all is provisioned, whence nothing is actually properly addressed or solved only haphazardly patched over.

We call it the myth of progress not because we believe that improvement is impossible, but because the word has become so much a staple of modernity that it is assumed that our “progress” applies to many more areas than it actually does. The only clear advantage we have over humanity in the past is our clear technological advantage, summarized in more precise knowledge of scientific mechanics1. We have a bigger sword in hand and know how to use it.

The average, modern man also considers we have a moral advantage over the barbarism and superstition of the past. He does not consider his own moral assumptions as spurious. That is always reserved for the other. This contradiction is especially obvious in the secular humanist values that currently dominate the sphere of Western politics and popular opinion. Religion (by which they are usually referring to Christianity and sometimes to Islam if the critics themselves be Christian) is vilified as leading to a dulling of the senses; Catch phrases originally belonging to the Marxist left (“opium of the masses”) are embedded into popular consciousness.

Both the left and right base their ideologies on different interpretations of the modern myth of progress and the false sense of moral superiority thereof. The humanist values that both presume to uphold were born out of Christian Reformist philosophy. Consequently Aristotelianism (philosophy for those not philosophically inclined) plays a prominent role in modernist attitudes, contributing a materialist kind of Naturalism. All this is patched up with some apparently arbitrary morality (actually completely arising from popular Judeo-Christian thought) designed to make individuals feel safe and good about themselves independently of reality. This is secular humanism.

What we may take from this realization is that no matter how much we learn, possess or discover, we are still products of the most recent past. We are the result of the uninterrupted flow of historical events, from a hypothetical primordial cause or an infinite set of cycles, to the present. The degree and the nature of success of independent enterprise of any kind is wholly dependent on the variable states at that point in time within the cosmic flow of events due to the immensity of the world with respect to a single human being and the fact that individual wills reside within individuals only.

The degree of success obviously refers to the magnitude of the same: its overall effect throughout the course of time. The nature of success depends on how success is defined. Whether you judge it by its popular acceptance, its practical application by the rulers irrespective of the opinion of the masses, by its effects correlation with the original goals of the enterprise. Quantization of success leads to lossy reductionism so an integral assessment of degree of success is based on relatively arbitrary judgements. In parallel, the judgement of the nature of success is based on ideology, itself dependent on how individuals choose to interpret reality and to what degree that interpretation follows logically from that reality. This interpretation is applied to a perception of reality, not to reality itself. This is a distinction too few make, unfortunately leading to grave misconceptions where perception and interpretation are confounded

Words may provide false solace in that colloquial language expressions seldom express what we mean precisely. Words are misleading. The statement “We are products of our past” may be taken far more lightly than it ought to be. Many take it to mean that our present physical conditions result from the decisions of our predecessors, which is true. However, a popular belief is that our minds may roam completely free and that our freedom of choice and thought (supposedly superior that of animals) grants us the power to change the current tide of events. What is not often mentioned is that the force necessary to break this tide of social developments is proportional to the degree of change to be implemented.

This struggle between established flow and forced change occurs not only on the physical plane but on the mental one as well. The state of thoughts and conceived possibilities are wholly dependent on both social exposure (all-around learning) and genetic proclivity2. Our thoughts are dependent on the past and subject to it. In opposition to this naturalist point of view stands the idea of our minds arising from an immortal spirit emanating from a divine source standing outside the universe. Modernism is against anything supernatural, so it arrives silently this contradiction only to casually avert its eyes from it.

III. Innovation and Establishment in Metal

Most of us understand metal as a non-complacent artistic movement that tends towards innovation in order to reformulate itself so that it is never trapped by convention. This reluctance the genre displays to entrapment by academic stiffness has worked miracles and produced true masterpieces of contemporary art, unrecognized as such by the public at large and masturbatory academia. Nevertheless we must be on guard, since that same rebelliousness may hinder the movement and ground it in something that is more of a childish rejection of discipline. Childish as Metal has moved well beyond its birth rites and is now rather well-defined in its limits, even though these cannot be formulated in a scientific manner.

The impetus towards forward movement coupled with an ignorance of true artistic relevance results in an exaggerated attention toward overtly “progressive” outfits and a dismissal of those which seem aesthetically grounded in tradition. Logic plays little role in this ideological and emotional thought process. While it should be easy to conclude that traditional aesthetics are surer to produce higher quality results given the collectively accumulated experience they embody, there is a tendency to think that what is of the past belongs to the past and that today needs an “updated” version. There is an Apple product consumerism applied to the general expectation of artistic expression here.

Metalheads arbitrarily select contradictory dogmas by which to shape their judgement of the art, reflecting the values of the modern and post-modernist contexts up-to-date headbangers inhabit. According to these “progressive” revisionists, genre guidelines and ideology must evolve and evolution means progress. Progress must lead to secular value. Music, furthermore, must reflect this openness and disavowal of encumbering tradition. In opposition to them stand the masses of staunch metalheads that may not complicate themselves with artsy wordiness, but who are intuitively connected to the deeper nature of metal, and defend its traditions through emotion.

IV. The Value of Well-Established Genres

As previously mentioned, the value of tradition is the collective experiences it represents. It is the result of trial and error, the remembrance of individual illumination, and the time-tested efficiency of its connection to human nature3. Tradition is a powerful weapon on which greatness is built but it is also only wealth and potential. Each generation and individual must utilize it to manifested their energy in motion.

That genres and movements decay is not an effect of tradition, but of what Prozak likes to call “crowdism“. In attacking tradition and glorifying the scene, we would only be achieving exactly the opposite effect of what we presume to. This follows directly from a reluctance to place responsibility on individuals and instead blame abstract concepts such as institutions, ideologies, and traditions. Tradition blossoms into works of great beauty when well-tended and lovingly nurtured, showcasing a wondrously creative fecundity possible only at higher levels of development.

The quality in fertility of worthy traditions may be obfuscated from common understanding as to understand higher-level concepts and representations, one has to have grasped the basics. Most people do not have the disposition towards investing effort to perceive and appropriately receive these higher qualities. Instead, they opt for superficial variations of what they can already understand. Artists that have been forgotten given such a short-sighted mentality include classical and romantic Nordic composers such as Franz Berwald, whose emotionally-stirring symphonies are virtually unmatched in their compact efficiency and inconspicuously thorough treatment of emotions.

In metal, the false dichotomy between traditional stagnation and innovative flare has wreaked havoc: only a handful of people seem to appreciate quality and creativity irrespective of the degree of adherence to traditional aesthetics. Tradition is best appreciated as a more abstract concept that can be traced from the aesthetics. Judgement of quality should not be independent of either, but flexible in taking account of an overall context. The following are a few albums whose adherence to a traditionalist but creative paradigm has won them little love from the masses. These have remained in relative obscurity despite their meaningful contributions to metal: 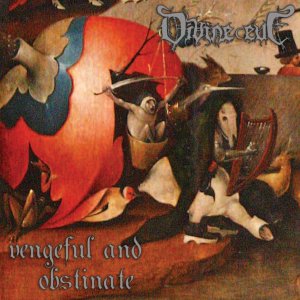 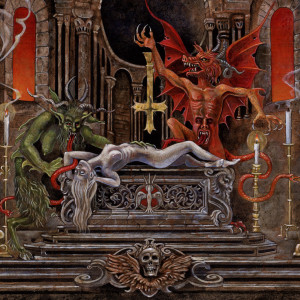 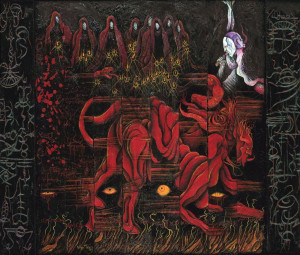 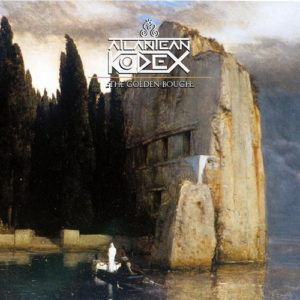 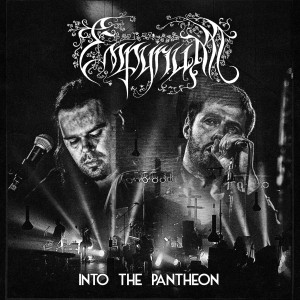 Written on the morning of the 22nd, April 2016, close to the land where the sun rises, while listening to Iron Maiden’s ‘Somewhere in Time’.

Notes
1 Theories on the origin and underlying nature of reality in physics and chemistry continue to remain metaphysical even if supported and represented in equations. This is an important point towards realizing the limitations of quantification-based science and the illogical idea that if one cannot measure something visually with a ruler then it isn’t relevant.

2 The idea of genetically-based mental faculties is ignored and frowned upon by modern dogma. It is detested and rejected despite severely inconclusive experimental data demonstrating natural differences, not a lack of them. An emotional vilification ensues because the idea of inherent (and therefore beyond our control) differences in capacity does not bide well with the religious commandment that “All men are created equal.” This same idea has been upheld by pseduo-scientific theories produced under both democracy and communism, political paradigms that are themselves entirely dependent on the truthfulness of this concept. It is difficult to avoid seeing a clear conflict of interests here; an out-of-hand scientific protectionism of dogma through sponsored and biased logistic and political support is the rule.

3 The perception of patterns and the effects of music through their interaction with our biological make-up in the ever-moving sequence of its unique states in time.

Many different artists have sought to bring instrumentation that is unconventional to the genres they work in, be it metal, the folk music of a certain region, rap or   European classical music of a certain period. Oftentimes, these unusual choices in instrumentation are made with the intention of bringing in an element of novelty to the music. In other cases, it has been done because the picture, concept or sound in the artist’s mind can only, to him, be portrayed by making use of an imported medium.
END_OF_DOCUMENT_TOKEN_TO_BE_REPLACED