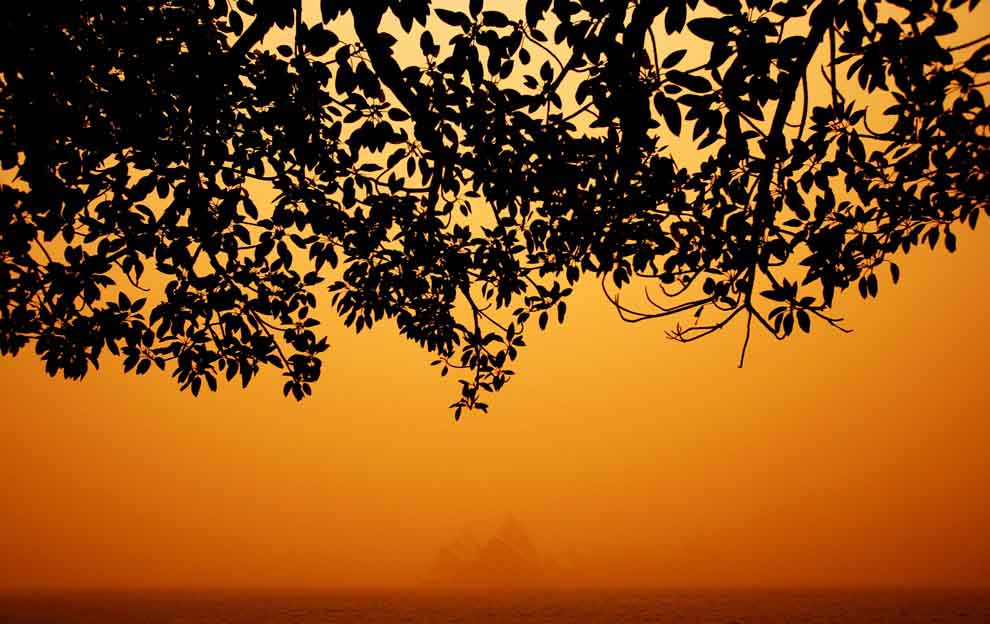 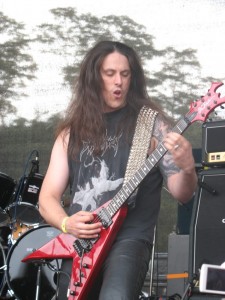 Every rock fan knows AC/DC and Nick Cave, the astonishing twin pillars that represent total opposites of image and style roleplay in hard rock. Both of them influenced heavy metal around the world, but a mainstream fan would be hard pressed to name any other Australian bands of note. I’m not going to dwell on the early 80s, but mention some events that were triggered by the resurgent death and black metal ideas of Europe and the USA.

Australia is characterized by geographical distance from the Western pop culture trends and so, death metal didn’t happen early but it was marked by a serious intensity from the beginning. As a perfect example, we can take Armoured Angel, who with their late 80s series of demos gradually developed from a heavy and grinding version of speed metal into a technical artillery of militantly precise death metal akin to Polish innovators Vader. Hobbs’ Angel of Death, due both to their cult reputation and connections to later more visceral bands, proved definitive with their self titled album in establishing the early death metal attitude and sound of bands like Destruction and Slayer in Down Under. Hobbs’ raw, molten hot solo bends and breaks were like burning gasoline leaking from a bullet torn hole in a fighter plane. Meanwhile, Sadistik Exekution initiated their campaign of abuse against every known musical principle, which continues up to this day. 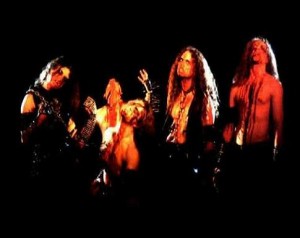 The acid, sex and Satan obsessed wave of barbaric war metal, ca. 1994, was again closer to the sardonic “fighting man’s black metal” attitude of Beherit, Blasphemy and Impaled Nazarene, than Norwegian “top hat black metal”. This means that Bestial Warlust (“Vengeance War ’til Death”), Deströyer 666 (“Violence is the Prince of This World” and “Unchain the Wolves”) and Gospel of the Horns (“The Satanist’s Dream”) used Sarcófago and Destruction as templates to unleash a torrent of riffs which could have been untuned Motörhead on 45 rpm, emphasized by an artillery of ambient drumming to evoke images of blooddrenched hordes and endless streams of bombers. I remember how back in the day these bands were even widely detested in zines documenting the black metal phenomenon, but they proved crucial to bands which around the turn of the millennium clad in bullet belts and started wearing gas masks in “war metal” revival’s endless stream of clones. 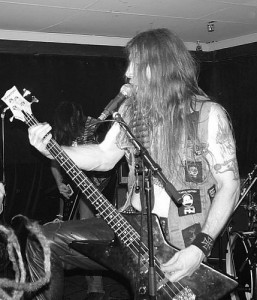 All this might have you thinking that the Nordic and Romantic styles of black metal were obsolete in Australia, but this was not to be the case. Abyssic Hate (whose “Cleansing with an Ancient Race” was a perfect match for the Immortal related Det Hedenske Folk on their split album) intended to capture the harsh poetry of Burzum and Ildjarn. Later material was somewhat unsuccessful because of humanocentric (“suicidal”) terminology, despite ambient leanings in songwriting. Nazxul was the Australian counterpart to mysticist bands like Nåstrond or Osculum Infame, whose cloaked, symbolic stage presence was a source of controversy. Theatrical, esoteric and arrogant, Nazxul did not fail to clothe oblique satanism in suggestive and venomous fury, at times surprisingly cerebral – especially on the mini-album “Black Seed”. Samain’s “Indomitus” recalled some of Enslaved’s and Graveland’s explorations in long songs influenced by folk and classical music, wandering through interludes and heavy, thunderous, emotional modes as if paralleling the documented trials of the ancient Indo-European tribes, whose mythological symbolism filled the lyrics. 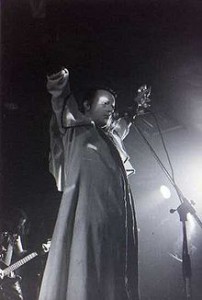 I know that mortals’ ears are already bleeding, but it’s impossible to escape this topic without mentioning a few curiosities from Adelaide group of total nutcases, starting the cult old school death metal band Martire back in the early 90s. The early demos and EP’s have been re-released multiple times. Since that, members who call themselves “The Great Righteous Destroyer” and “The Serpent Inquisitor” have continued to baffle the hapless headbangers with one after the other more indescribable and twisted songs. Stargazer’s Lovecraftian, off-center and racing death metal is what I personally consider the flagship band, whereas Cauldron Black Ram grooves like a joint venture of Celtic Frost and Running Wild members (in concept also). Misery’s Omen paints a hyper-dramatic curtain of dreamy black metal resembling Samael and a krautrock band on an endless bad acid trip, describing “Desolate Winds of Mars”, “Antarctic Ice Chasms” and other spectacles of consciousness awaking to the immense possibilities offered by nature itself, impersonal, cold but beautiful.